The consumer groups of sex products tend to be younger and more extensive, meaning that people are increasing demand for quality life, including adult life.  It can be found on various post bars and online forums that the acceptance of sexual culture and sexual health products of the new generation far exceeds that of the post-1970s generation, and the purchase of sex toys has become a new trend. Buyers tend to be 25-34 years old, and the purchase demand of this age group is relatively higher.
In 2005, it’s surveyed that the number of college students who had sexual intercourse accounted for 11.8% of the total. Ten years went by, the proportion increased by nearly 10 percentage points in 2016. In this open era, the sexual need of young groups is growing, leading to a huge demand for sex products.

Analysis on each age group consuming sex toys in China 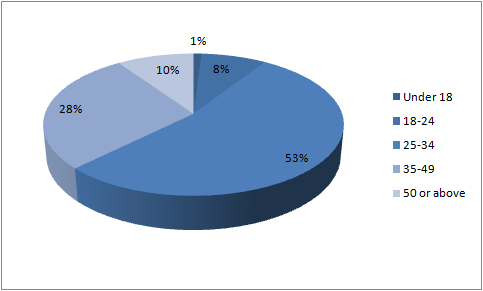 With regard to the global sex toys industry, the European and American markets are more promising than the domestic market, because the markets start to develop earlier and people there have a more open attitude towards sex.
As daily consumer goods, sexual health products are generally accepted in developed countries. Therefore, the development of the sex products market in developed countries is relatively mature, and their growths of market scale are relatively stable. In China, the sex products industry shows a rapid growth with the positive change of the domestic social concepts and the improvement of the policy environment. With many years of development, the domestic sex toys market now has a certain scale.
China's GDP continues to grow, which promotes the continuous improvement of national income and the upgrading of household consumption from the original basic food and clothes consumption to experience-based consumption. The overall national sex consciousness is continuously enhanced, and the improvement of the living standards of our citizens promotes the development of the quality of their sexual life and led to diversified modes of sex. The change of attitude towards sex and the improvement of lifestyles make the future domestic sex toys market full of potential. As young groups enter the society and become the main force of consumption, the acceptance rate of sex products exceeds 93% (the official website), and the national expenditure on healthcare products shows a trend of increasing. With the rapid elimination of the “shackles of social conception” of the industry, the market gradually returns to the track of active development and enters the high-speed growth period.

The wide application of the Internet and mobile Internet promotes the rapid development of shopping by PC and smartphone devices. At present, the domestic sales channels of adult products are divided into online and offline ways. Influenced by traditional concepts, a limited number of customers will enter into the offline store for purchase. In contrast, online sales can solve the industry's pain point: user privacy. It is the privacy and uniqueness that forms the natural advantages of E-commerce in the sales of sex toys. The improved systems of payment and logistics provide users with another kind of sales channel that helps to protect users' privacy. According to the official statistics of Taobao, the number of people purchasing adult products on Taobao increased by more than 50% every year from 2011 to 2014. Just one year in 2013, the number of people purchasing sex products on Taobao was close to 20 million. Statistics show that the B2C business market for domestic adult products reached 10.21 billion yuan in 2016. It is expected to have a high-speed growth in the future with a broad market prospect. 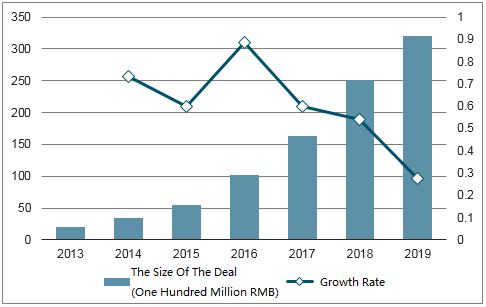 As far as the current domestic environment is concerned, the development of the open sex industry is obviously not in line with the national sex consciousness. In addition, it is unrealistic to promote the change of national sex attitudes. However, the increasingly serious national gender imbalance and increasing sexual need are a good background for the development of the industry.